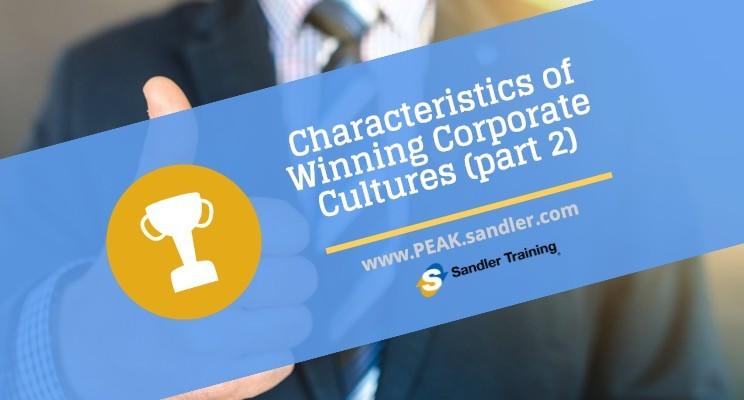 We are more than 30 days into the New Year. How are you tracking with the implementation and commitment of your goals? Last month we outlined the first 4 of 13 characteristics of what it takes to get to the next level. Below are 4 more characteristics that winning corporate cultures should have in order to achieve excellence.

5. No Common Sales Language
You may have also had the experience of thinking people are leaving a meeting headed in the same direction--only to learn later that they each felt entitled to head off in very different directions. These experiences are symptoms of a lack of a common language and approach. It is a leader's responsibility to make sure those kinds of disconnects happen as infrequently as possibly or not at all. The faster you get a common language, the faster you'll see revenues go through the roof!

7. Train the management team
Most leaders wouldn't dream of hiring an accountant who had no training in accounting, wouldn't consider hiring an engineer who had no engineering training or receiving treatment from a doctor who had no medical training. But for some reason, they have no problem at all hiring or promoting someone with absolutely no management experience into a management position. Oftentimes, we bring these people in who are successful at their current job. And then we say what? "Good luck to you." And then they learn by fire. They're expected to manage those who they were really coworkers with yesterday, it's impossible. Every single manager should go through at least eight plus days of management training every single year.

8. Have a focus on lead generation
The top producers, people who excel, make tens of millions of dollars in sales and are always prospecting. Those who had a quick hit and then die out, they prospected to get to a certain point and then they stopped. Ask your people how many net new conversations they need, whether it's with net new prospects or from my existing customer base, in order for you to hit your number? If they don't know it, you're in trouble. If they do know it, then you're one step further in order for an organization excellence. 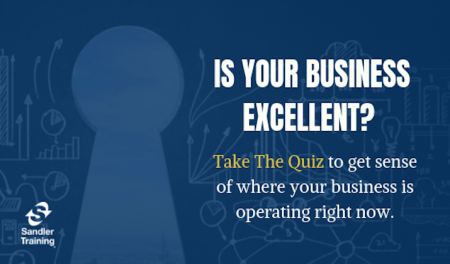 Do You Have a Winning Corporate Culture?

Each organization falls into one of four categories: Excellent, Well-Run, Average or At-Risk. Take this short online quiz to benchmark your organization for 2019 success.

Watch Ed’s Management Minute to learn what you need to do to get out ahead of your goals and objectives for the year.