The Difference Between Managing and Coaching Your Salespeople 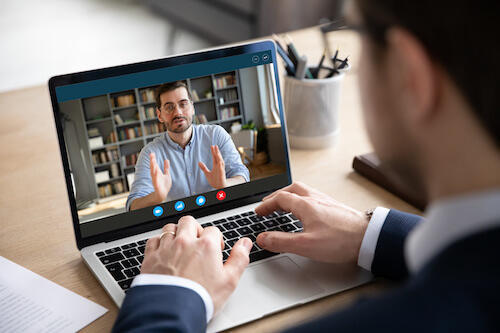 Sales leaders often become confused by the differences between coaching and managing. Part of the reason for this confusion is simple optimism: we all want to be great coaches, and we are often inclined to give ourselves the benefit of the doubt when it comes to determining whether that’s the case. And while we may think that most of our interactions with our team members are coaching interactions, most of the time, they're not.

Most of the time, what we are doing with the members of our team is managing. Managing is a more directive and prescriptive type of interaction than coaching. When we are managing, we are all about “Do this, do that.” Or, conversely, “Don’t do this, don’t do that.” But we’re not asking any meaningful questions, which is what a coach does.

Let me share an example from outside the world of sales that may help make the distinction a little clearer. One of my brothers played lacrosse when he was younger. He was quite good at it. Every time I went to one of his lacrosse games, I noticed that the coach would be running up and down the field shouting out instructions – telling players when they were out of position, telling them what to do, and how to do it.

My other brother played tennis. He was really good, too. I noticed his playing experience with his coach was completely different, though. His coach said hardly a word to him during the tennis match. When there was a break in the action, he might lean in and whisper something, but he wasn’t trying to micromanage how my brother was playing.

So I invite you to notice the difference between someone running up and down barking orders, and moves, and tactics... and somebody whispering in the player’s ear during a break in the action. Both roles are important. Both are necessary. But to me, that lacrosse coach had the wrong job title. I think he was more of a lacrosse manager. What he was doing was what a manager does day to day.

A coach, by contrast, already knows the player’s level of competency, and is inclined to step back and let them do their own thing by providing plenty of room to exercise that competency. They've already done their training and are now implementing it. The coach will talk to them about the nuances and ask questions about certain choices, but it's a completely different kind of interaction.

When we speak about managing our salespeople, we're talking about things like creating a behavioral plan, setting good goals, making sure that the salesperson is identifying strong next steps, is competent at pipeline management, knows how to optimally use the CRM – things of that nature. That is all vitally important – but notice that those are very directive, very task-oriented interactions. The manager is basically saying: “Follow the recipe.” “Stay within these lanes.” Those are the kinds of messages managers should be sending.

Coaching is very different. When we’re coaching a salesperson, we’re meeting in private and asking questions like, “So you had a couple different ways that you could go in that situation... why did you pick that one?” When we’re acting as a coach, we’re helping the salesperson to think more strategically. We’re helping them decide for themselves whether they made the right move, helping them to prioritize what they could have done better or differently. And it's all done through respectful questioning, rather than inquisition.

A coach never lectures. A coach never says “Do this, don’t do that.” The questions a good coach asks will help the salesperson discover for themselves that there was probably a better way to do something. Coaching is really all about supporting self-discovery… and self-discovery makes positive change much more likely. Managing, by contrast, though important, doesn't really ensure future change, because there's no heart-to-heart private discussion with the salesperson about the future he or she wants to create! That’s something the coach can help to uncover.