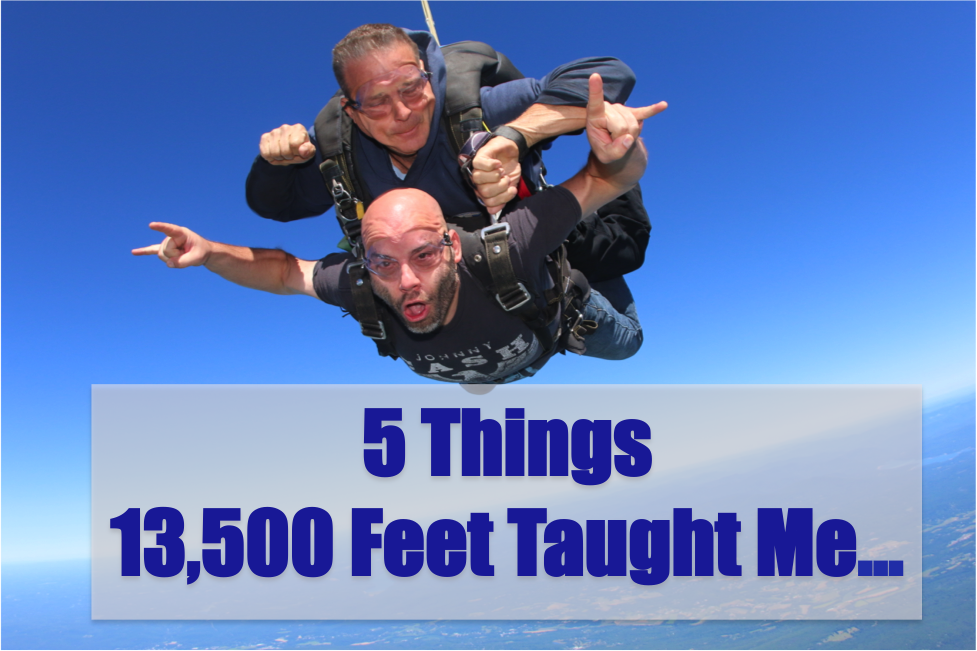 When I was in my late teens I had a friend that had skydived and immediately got addicted. He went back many times on his path to get a certification and I as well as numerous friends would join him. I never jumped though. I’d say all the excuses everyone else does but I think bottom line - I was scared of the unknown.

About a month ago an old friend called me up and said: “Hey do you want to go skydiving next weekend?” Not really thinking about it I said “Sure!” and the date was set. Now I didn’t tell anyone else that I was going to do this in fear of me saying something and then backing out. The day arrived.. and it rained. Canceled.

My friend said let’s shoot for two weeks from now, I said ok. Again didn’t tell anyone, tried not to think about it that much and the day arrived.. and it rained. Canceled.

Now my thoughts become - ok, no sense in being nervous because this ain’t happening anyhow.. lol but a persistent friend is a good friend to have. “We’re doing this one of these days,” he said. “Ok! I’m with you, what about this upcoming weekend? It’s my birthday.” I said. A few minutes later and our flight is confirmed. Now again, no sense in getting nervous because it’s possible this won’t happen either.

The day arrives and it’s absolutely beautiful outside (Shoot right?) so I got through the motions again not getting myself nervous because.. who knows.. maybe I’ll back out...

When we get there it’s a totally relaxed environment, the people are totally cool. Since it’s a Tandem jump I have an instructor with me so he comes over and introduces himself. Chill guy, goes over the routine and then we wait for the plane to arrive. On a side note, I bought the video package so another gentleman introduces himself as my camera guy. His name was Comrade, a boisterous Russian who has definitely seen some things. As we are waiting for the plane Comrade is getting his shots and asking me questions, in a sense distracting me from thinking about what I’m about to do. We get in the plane and my instructor is behind me and Comrade is in front. I’m watching as Comrade is taking pictures of the cabin and framing me in the shot to see what my reaction is. Every time I see my face I smile and do a little Woo Woo! At this point, I’m just going through the motions really trying to just not think about what is going to happen minutes from now.

As we get to altitude I start seeing other people jumping, my friend was next to me and goes first. Now it’s my turn. In the seconds of time it took for us to crawl to the plane door by heart jumped. My mind went into a panic and all those basic instincts on not wanting to jump out of a plane hit me. I almost felt myself blacking out. We get to the edge and I look down. Then my head was promptly pushed up by my instructor who was strapped to my back. 1, 2, 3 and I was out of the plane. At first, I flipped around and somewhat went into a curled position. My instructor grabbed my arms, said ok, legs out, arms up, push back. I did. We got stable. My instructor said “Ok steady” at this point I’m consciously aware of the situation and I have two choices to make. I can freak the heck out or I can pretend I’m perfectly fine. Then I looked down to Comrade who had a camera pointing at me. The above shot is that moment. I’ll admit to you guys right here that I totally faked that. I was freakin’ the heck out but I had to have my picture moment lol I remembered all the other videos I watched and how everyone looked that way so of course, I had to play the part. 51 seconds of free fall and then the I got to pull the parachute. Anyone that has ever spoken at a networking meeting knows how long that actually is.

After the parachute is open we coast down to the ground. Just the feeling of being held up by straps was the only minor detail to get over but there is absolutely a moment of clarity in that whole experience. So what did I learn from 15,500 feet? A few things:

What fears are holding you back?  What have you done to overcome them.  Keep the conversation going in the comments below. 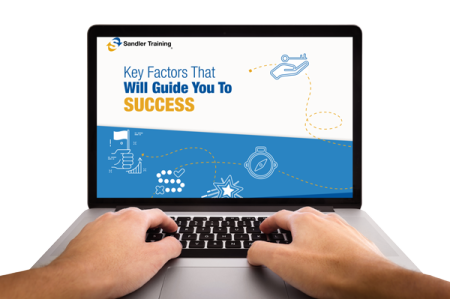 Most people say that they want to be successful in life. They want to achieve their goals and feel content with their accomplishments. For countless people, however, understanding how to reach this success can sound complicated. There are nine key factors that can guide those interested in making a difference in their professional or personal lives that separate those who succeed from those who do not.

Discover the 9 Key Factors That Lead To Success!